Until 1974, the Ethiopian Orthodox Church, a Christian confession associated with the Coptic Church and incorporating elements of Monophysite Christianity, was the established church, with the emperor as its titular leader. After the deposition of the emperor, the church lost most of its property (including an estimated 20% of all arable land) and political influence. In 2002 about 40–50% of Ethiopians were Ethiopian Orthodox Christians. Islam is practiced by about 40% of the population, most of whom inhabit the southwestern, northwestern, and eastern reaches of Ethiopia. About 10% of the population are Evangelical or Pentecostal Protestants, which is the fastest growing religion in the country. Prominent Protestant churches include Mekane Yesus and Kale Hiwot, both of which are Evangelical. There are about 6,000 Jehovah's Witnesses in the country and small groups of Roman Catholics, Jews, animists, and other traditional indigenous religions. Although of Afro-Asiatic 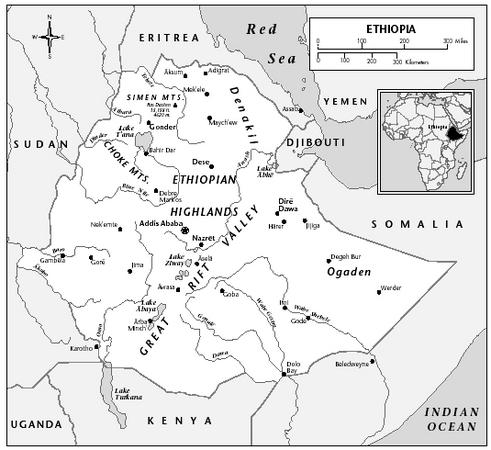 stock, the Falasha practice a form of Judaism that is of great antiquity and is traditionally attributed to ancient Arabian-Jewish or Egyptian-Jewish immigration. Few Falasha remain after massive immigration and evacuation to Israel in 1984–85 and 1991. The Feles Mora consists of a individuals who claim that their ancestors were Jews who were forced to convert to Ethiopian Orthodox. Many of these individuals are currently pursuing immigration to Israel. There are a large number of missionary groups working within the country.

Though religious tolerance is generally widespread among established faiths, there have been instances of interfaith discrimination concerning newer religions. For instance, some tension has existed as both Orthodox Christians and Muslims have complained about the proselytizing of Jehovah's Witnesses and the Pentecostals. In some regions, there have also been incidents of violence between Orthodox Christians and Muslims.