The Ethiopian fiscal year begins 8 July, in the Ethiopian month of Hamle. Ethiopia's public finances are under great budgetary pressure, as years of war and poverty have taken a heavy toll on the countryside, population, and infrastructure. 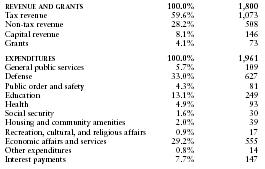 Deae all I need a document about ethiopian budget system ,can u help me
thanks Hirut
2
tamene sebsbie

can you help me about public finance in Ethiopia since 1994 up to now Ethiopian calender? thank you.
4
belete kebede

What are the results of Tax reforms in Ethiopia,please
5
miniylu

Can you list some types of public finance classification. And the relation between public finance, public expenditure & public budget.
6
sami gebru

i want to know the public revenue, public expenditure and public debt of ethiopia in 2012
7
yohanes

please tell me about the classification of public finance in ethiopia