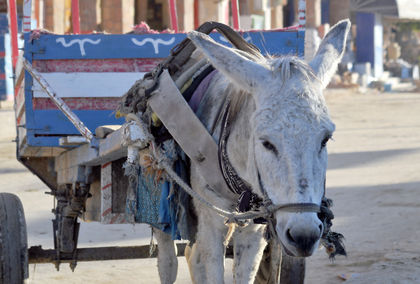 Egyptian workers obtained the legal right to organize into trade unions in 1942. A law in 1952 authorized the formation of trade union federations and permitted the formation of a national confederation to which unions having 1,000 or more members may belong. Private sector unions are not common. In 2002, there were 23 trade unions, enrolling about 27% of the Egyptian labor force. Unionization is higher in public-sector jobs. Conciliation and arbitration procedures for the settlement of labor disputes are compulsory, and strikes are prohibited while these procedures are in effect. Collective bargaining does not occur because the government sets wages and all other workers benefits.

Although the law sets the minimum working age at 14, child labor is a large part of the Egyptian workforce. In 2002, an estimated 1.5 million children were working. The minimum wage for public-sector employees in 2002 was about $33 per month for a 36-hour, six-day workweek. This wage does not provide adequately for a family, but a series of bonuses and other benefits generally triples the amount. The law limits the workweek to a maximum of 48 hours. Enforcement of health and safety regulations is sporadic.