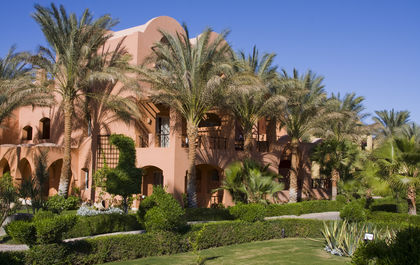 Prior to 1952, most Egyptians lived in mud huts. Postrevolutionary governments, however, have actively concerned themselves with housing. In order to encourage rural housing activities on nonfertile soil, "extension areas" have been allocated for villages. Efforts have been made to provide low-rent housing in towns; the units were constructed in cooperation with the Reconstruction and Popular Dwellings Co., in which the government held a share. Assisted by the state, which grants long-term and low-interest loans, cooperative societies also engage in housing construction. The state affords facilities for cooperatives to acquire land from the religious foundations.

Despite these efforts, Egypt's housing shortage remains acute, with about one million units needed in urban areas. Housing construction was a major priority of development plans in the 1980s, but it was considered likely that it would take many years for Egypt's housing deficit to be met. The greatest shortage is in low-cost housing.

According to the 1996 census, there were about about 9.6 million apartments and 4.5 million rural homes throughout the country. About 2.6 million units were built between 1981–1999. There were nearly 400 slum/squatter areas housing over seven million people.

I THINKI IT IS A VERY USEFUL SITE AND WE SHOULD GIVE THE PERSON CRADIT AND THANK THEM/THE PERSON, SO THANKS
2
Researcha

This is verrry helpful to my reasearch prject.. i hope some of my classmates find out about this site!
3
matt

i have 2 do a report on this it really helps!:)thank you
6
allthatjazz

This site was very useful to my research project. I give my thanks to the creators.
7
Angel

Yeah, it is a helpful website. It really help me for my project. I wanna thank the person who made this website. Thank u whoever u r.
8
Reyshahfinah

I agree it was helpful. i think the persn should be thanked'' thank you for the information
10
sam

i have also got alot of information from it. it is awesome. your website is much good than wikipedia. i realy liked it. thanks
11
Caitlin

I'm doing a world country project with the other Grade Sixers. I chose Egypt, because I really am a fan of Egypt. Last year, instead of doing Egypt, I did Japan. It was one of the best ones there, and now everyone expects an even better one! I'm very proud. Ancient Egypt is awesome!!!
12
zain