Botswana has had multiparty competition since independence, although the Botswana Democratic Party (BDP) founded in late 1961 as the Bechuanaland Democratic Party by Seretse Khama, has won every election since 1966. The BDP gained prominence by advocating a gradual approach to independence through democracy, nonracialism, and a multiparty state. While maintaining opposition to apartheid, the BDP acknowledged Botswana's economic dependence on South Africa and the need to maintain friendly relations. Other parties included the Botswana People's Party (BPP), founded in 1960; the Botswana Independence Party (BIP), founded in 1964 under the leadership of Motsamai Mpho; and the Botswana National Front (BNF), which put up its first candidates in 1969.

In the March 1965 elections, the BDP won 28 of the 31 contested seats, and the BPP took the other 3. Seretse Khama became prime minister and appointed Quett Masire as deputy prime minister. Under the transitional constitutional provisions for the immediate postindependence period, they automatically acceded to the offices of president and vice president, respectively. The members elected to the Legislative Assembly in 1965 continued to hold office in the new National Assembly. The first postindependence elections were held on 18 October 1969; the BDP won 24 seats, the BPP 3 seats, the BNF 3 seats, and the BIP 1 seat (only 31 seats were contested). 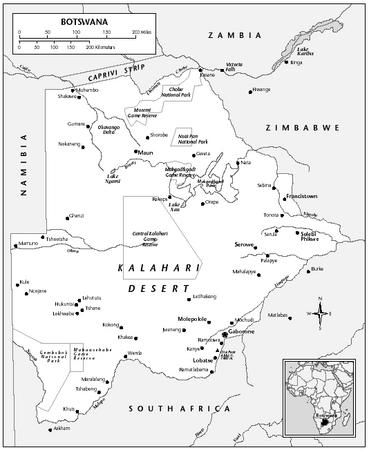 areas, formed a common front and threatened to boycott the 1994 elections unless electoral reforms were enacted. Principal among these demands were that the voting age be lowered from 21 to 18 and absentee balloting be allowed—20% of the country's electorate is migrant workers. However, the coalition collapsed before the election and the BNF ran alone, winning 13 of the 40 contested seats, with the BDP taking the rest. The Assembly was enlarged to 44 seats prior to balloting with four seats appointed by the majority.

In the most recent parliamentary elections held on 16 October 1999, the BDP won 33 out of the 40 parliamentary seats. The remaining seats went to the Botswana National Front led by Otswoletse Moupo (six seats) and the Botswana Congress Party led by Mokgweetsi Kgosipula (one seat). A number of minor parties formed a coalition, but did not capture any seats. These were the United Action Party led by Ephraim Lepetu Setshwaelo, the Independence Freedom Party (IFP) led by Motsamai Mpho, and the Botswana Progressive Union (BPU) led by D. K. Kwele.

This information has helped a bit with my research. In the future add more information.