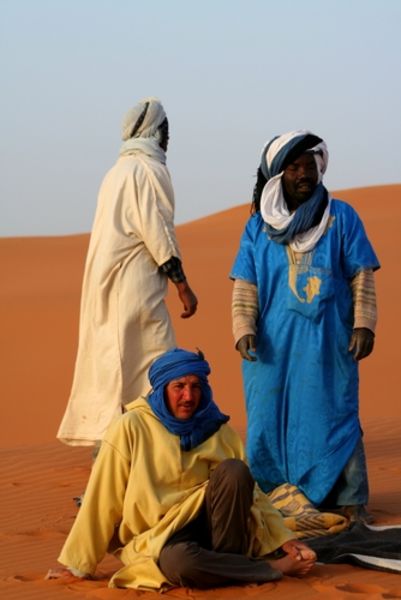 The population consists almost entirely of Arabs. Arabs in Algeria are chiefly of Berber derivation, particularly in the Kabilia and Aurès areas and in the Sahara oases, or admixtures of Berbers with invaders from earlier periods. The Berbers, who resemble the Mediterranean subrace of Southern Europe, are descendants of the original inhabitants of Algeria and are divided into many subgroups. They account for 99% of the population. The Kabyles (Kaba'il), mostly farmers, live in the compact mountainous section in the northern part of the country between Algiers and Constantine. The Chaouia (Shawiyyah) live in the Aurès Mountains of the northeast. The Mzab, or Mozabites, include sedentary date growers in the Ued Mzab oases. Desert groups include the Tuareg, Tuat, and Wargla (Ouargla).

Europeans are of French, Corsican, Spanish, Italian, and Maltese ancestry. Algeria's European population was estimated at less than 1% of the population in early 1999. About half the Jews in Algeria were descended from converted Berbers, and the remainder were mainly descendants of Spanish Jews. Within a month after Algeria became independent, about 70,000 Jews emigrated to France and 10,000 to Israel. Almost all the rest left Algeria during the next seven years; fewer than 100 Jews remained as of 1998, and virtually all synagogues had been converted to mosques.